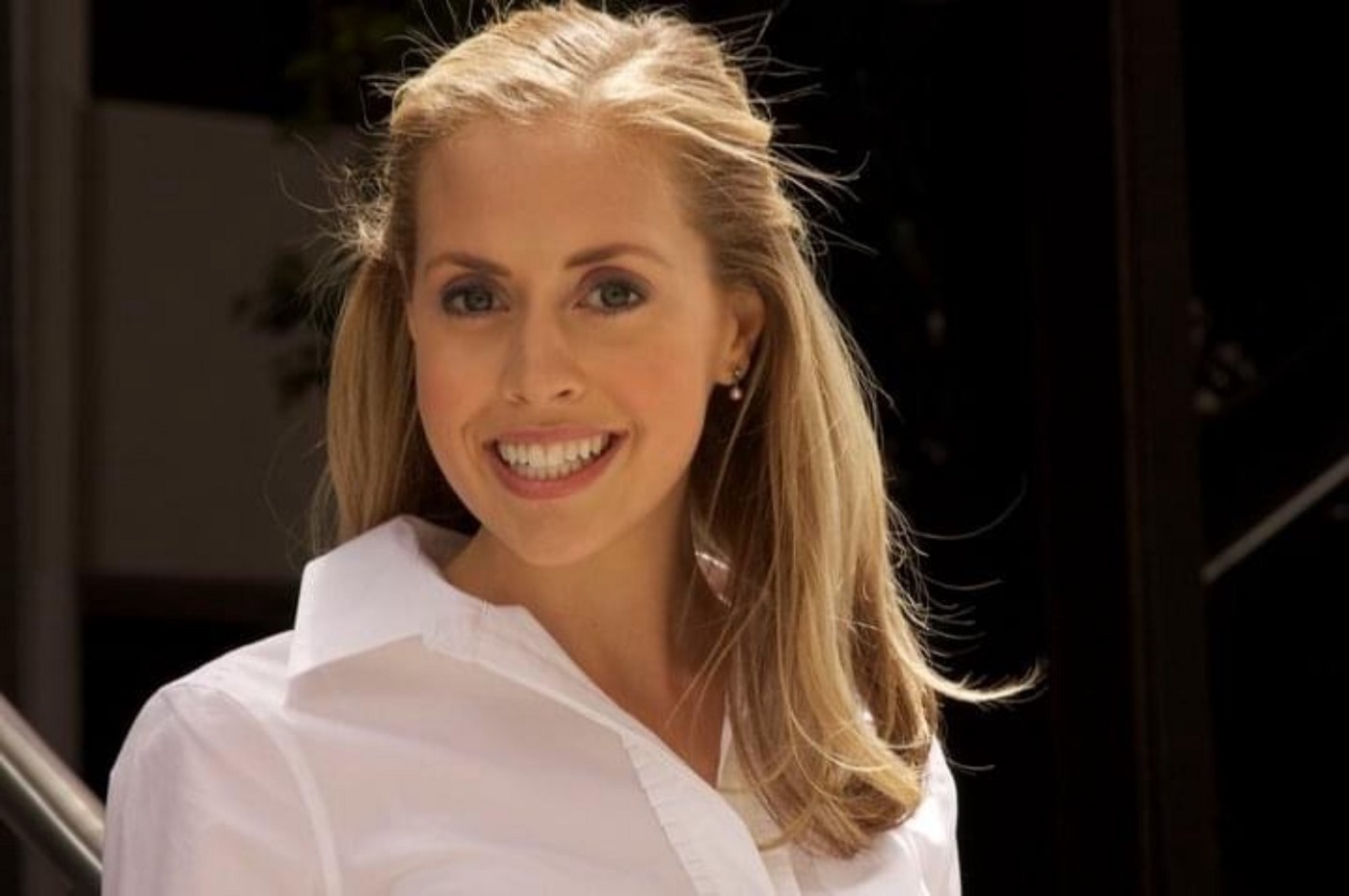 Stablecoins are simply a type of cryptocurrency that is pegged to the value of another currency, commodity, or financial instrument. They were created with the intent of providing investors with a more static currency option in an otherwise highly volatile crypto market. And they have become particularly useful as a medium of exchange on the blockchain network. After all, paying for goods and services on the blockchain can be difficult if you don’t know what the value of your currency is from one day to the next.

Stablecoins are also useful for crypto traders because they provide a safe harbor for traders to house their returns as they await new opportunities. In years past, crypto traders would have to move their returns off of the blockchain and into U.S. dollars or euros in order to find similar price stability. Many people also park their money in a high-yield coin in order to benefit from significantly higher APRs as compared to a traditional bank.

With such an impressive level of utility, it is no wonder that stablecoins are in high demand. In fact, the overall value of the stablecoin market has multiplied 25 times in the last two years, to $168B. However, stablecoins are not without controversy. Take for example the rollercoaster ride experienced by Terra and holders of its Luna and  terraUSD (UST) coins. In early May of this year, $16B worth of assets were held in the stablecoin UST. But major trouble ensued thereafter when a large movement out of UST unpegged the stablecoin from the dollar, and the value of UST quickly dropped to $.90. Panic ensued, and the value of Terra’s Luna coin dropped 96% in a single day. To date, UST and Luna investors have suffered a near-total loss of capital. Reportedly, the South Korean venture fund, Hashed, lost over $3.5 billion as a result of Terra’s collapse.

Considering the dual narratives surrounding stablecoins, it seems like a good time to discuss the various types available on the market along with their respective pros and cons. Specifically, let’s take a closer look at fiat-backed, crypto-backed, commodity-backed, and algorithmic stablecoins.

How do stablecoins work?

Fiat-backed stablecoins are crypto coins backed by traditional currency like the U.S. dollar. The value of a coin is pegged to the value of a U.S. dollar in a 1:1 ratio. Theoretically, all fiat-backed stablecoin issuers should hold 1 U.S. dollar in reserve for each coin that has been issued. And when a coin is exchanged for an equivalent U.S. dollar, the coin must be removed from circulation (“burned”). In this manner, stablecoin issuers can control the coin supply in response to demand.

Fiat-backed stablecoins are both simple and popular. The largest fiat-backed stablecoins are Tether (USDT) by Tether Limited, USD coin (USDC) by Circle and Coinbase, Binance USD (BUSD) by Binance, Gemini dollar (GUSD) by Gemini, and Pax dollar (USDP) by Paxos. Because these stablecoins are pegged directly to the U.S. dollar and could potentially affect the value of the dollar, they are more regulated than many of the other types of stablecoin. In fact, USDC, GUSD, and USDP are audited by independent accounting firms.

Depending on your perspective, the regulatory environment surrounding fiat-backed stablecoins may be considered a positive or a negative. Some consider government regulation as a positive because it leads to increased transparency. However, others disagree, arguing that government regulation introduces external control into the blockchain network.

So, while fiat-based stablecoins offer advantages such as relative stability and limited price fluctuation, their existence also violates many of the principles adopted by blockchain purists. For example, the companies that issue fiat-backed stablecoins maintain central control over the supply side of the coin. But decentralization is one of the core principles that led to the creation and adoption of the blockchain network. This dichotomy has led some to question whether fiat-backed stablecoins are even a viable concept within the blockchain network. After all, cryptocurrency was created to replace fiat money, not to embrace it.

Here are some of the pros and cons of fiat-back stablecoins to keep in mind:

The largest crypto-backed stablecoin is DAI, created and maintained by the Maker Protocol. DAI is pegged to the U.S. dollar and is run entirely on the blockchain. It is built on the Ethereum chain and uses several types of crypto as collateral such as ETH and USDC. The primary benefit of using DAI is that it is decentralized and autonomous, meaning that there is not a single person or company that can control it. Additionally, it is built on-chain and does not require users to move their assets off the blockchain to gain price stability. Due to its decentralized and autonomous nature, DAI is also less susceptible to government regulation. For these reasons, DAI is the stablecoin of choice for many blockchain purists. However, crypto-backed stablecoin like DAI do come with some potential downsides. Crypto-backed stablecoin have made significant progress toward achieving price stability, but they have not eliminated the risk of volatility. A rapid devaluation of the collateral cryptocurrency could still threaten the stability of a coin like DAI. In fact, DAI nearly unpegged from the U.S. dollar in March 2020 when ETH lost a third of its value in a single night. Similarly, crypto-backed stablecoins are not immune to price fluctuations. DAI has ranged in price from $1.10 to $.90 during brief periods.

Commodity-backed stablecoins differ from other types of stablecoin in that they use commodities rather than currency as collateral. Typically, the collateral is a precious metal such as gold, silver, or palladium, however, there are also stablecoins that use real estate and oil as well. The most popular type of commodity-backed stablecoins use gold as collateral and the administrators of the coin store gold bars in bank vaults or security deposit boxes for coin holders. For example, stablecoins such as Paxos Gold (PAXG), Tether Gold (XAUT), and Perth Mint Gold (PMGT) are pegged so that one coin is equal to one ounce of gold. And coins are redeemable for currency or a physical amount of gold. PAXG can be redeemed for gold bars in the United Kingdom, XAUT in Switzerland, and PMGT in Australia.

Unlike fiat and crypto-backed stablecoins, commodity-backed stablecoins are collateralized by a tangible asset with real value. And ideally, the selected commodity should increase in value over time. And gold, for example, has a long history as a currency reserve, having served that purpose for centuries. Commodity-backed stablecoins also have some negatives to keep in mind, however. All commodities fluctuate in price over time, which might make it difficult to predict the value of commodity-backed stablecoins into the future. Physical commodities other than real estate also require storage. Storage and other fees can sometimes diminish or eliminate the profits that holding the commodity over the long-term might otherwise produce. And finally, a commodity like gold can be fairly easy to fake with tungsten, for example, especially if the stablecoin holder does not have the expertise required to tell the difference between precious metals of similar appearance.

As the name implies, algorithmic stablecoins use an algorithm to maintain price stability. The exchange process from crypto to stablecoin and vice versa stays on the blockchain and is self-executing through the use of smart contracts. Like many of the other stablecoins mentioned previously, algorithmic coins are most commonly pegged to the U.S. dollar. But unlike the other types of stablecoin that depend on collateral to maintain their price, algorithmic stablecoins accomplish stability by manipulating the supply of total coins in circulation. Typically, the algorithm will remove coins from circulation (by purchasing them) when the coin price drops too low and increase coin supply when the price rises too high. It is important to note that some algorithmic stablecoins are also collateralized. For example, the previously mentioned DAI coin is both controlled by an algorithm and uses cryptocurrency as collateral.

The most popular algorithmic stablecoins available today are DAI by MakerDAO, Magic Internet Money (MIM), Frax (FRAX), and Mai (MAI). The primary benefits provided by these coins involve their decentralized and trustless nature. Smart contracts control the currency exchange, the algorithm maintains the peg, and the entire process exists on-chain. Theoretically, algorithmic stablecoins are less exposed to human error and human intervention as compared to some of the other types of stablecoin. As a result, algorithmic stablecoins are preferred by many blockchain purists. Unfortunately, they have some structural weaknesses that have led to problems. As the demise of terra USD (UST) clearly showed, algorithmic stablecoins can become unpegged when demand falls rapidly. Small movements away from the U.S. dollar peg can lead to panic selling and eventual collapse. As a result of the negative PR surrounding the UST demise, many government officials have started calling for increased stablecoin regulation.

Bitwave Is Your DeFi Accounting Solution

The choice of stablecoin really comes down to which stability mechanism you feel is strongest. Regardless of which type you choose, Bitwave has your tax and accounting needs covered. There is enough to think about when trying to grow your crypto, let Bitwave handle the complexities and details for you!

Considering the dual narratives surrounding stablecoins, it seems like a good time to discuss the various types available on the market along with their respective pros and cons. Specifically, let’s take a closer look at fiat-backed, crypto-backed, commodity-backed, and algorithmic stablecoins. Get to know Bitwave: Crypto Taxes Blockchain, Video Games, and The Ethics of Attention