The Road to Enterprise Digital Assets: Part 1, The Problems 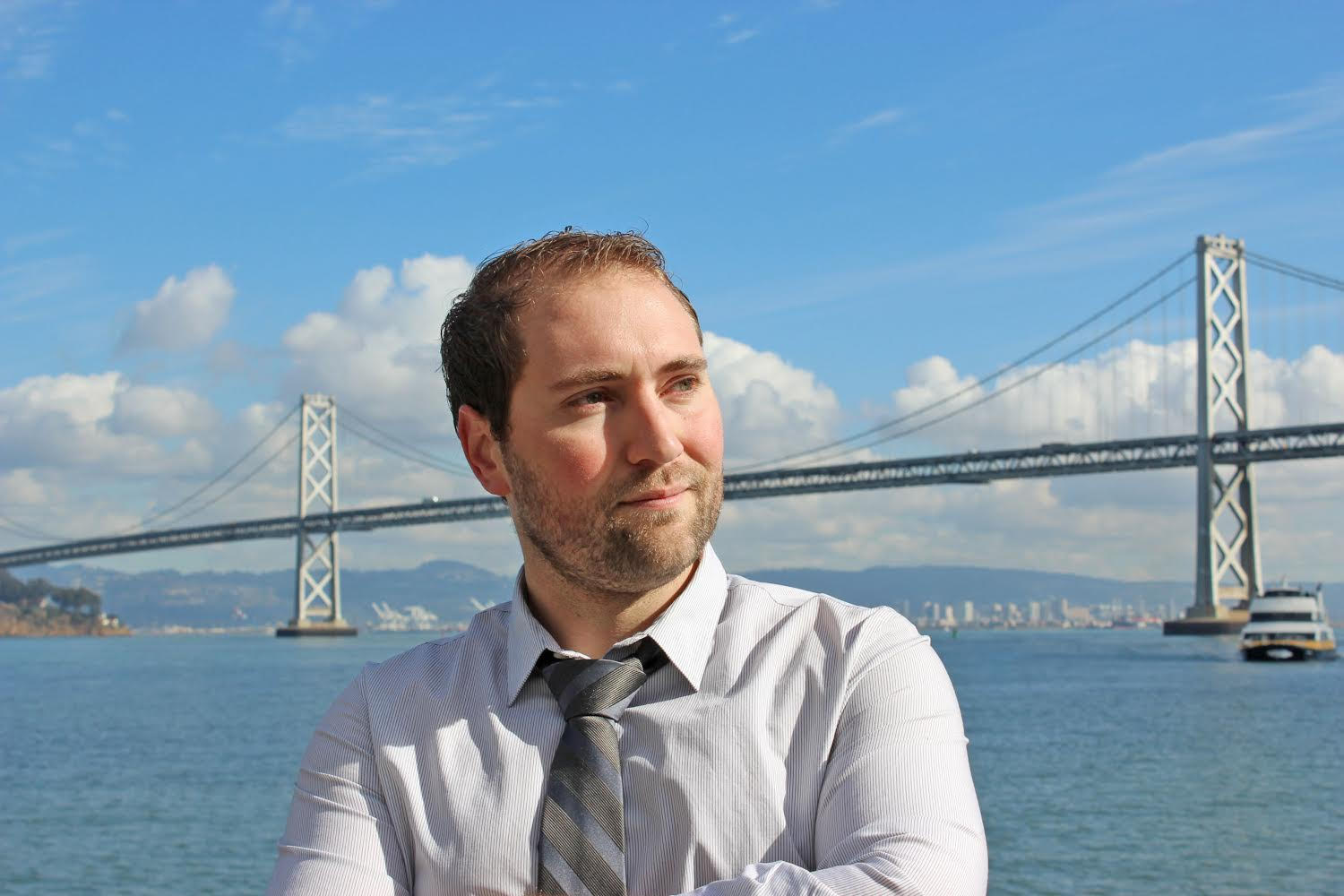 I run a startup called Bitwave, and we focus on bringing digital assets to businesses and enterprises. Business is good, digital assets are a hot topic, and companies operating in this space need a way to track their holdings, integrate with their accounting systems, and calculate taxes - that’s what we do.

However, we haven’t seen the influx of large enterprises into the space than expected - young companies have rushed to embrace digital assets, but where are the enterprises? IBM and Microsoft are two notable exceptions, but even they are more dipping their toes in digital assets rather than diving in head first. Why is that?

Digital assets have a usability problem, and I don’t think anyone in the space would disagree. Even for people who work with them day in and day out, challenges arise. I have a beta lightning node I setup a year ago which got into a bad state and, even though I’m a professional developer in the space, I just can’t get it fixed up enough to pull the coins and move on.

Moving and operating on digital assets can be frightening - even with all the protections I use, I still get nervous during every transaction. Too many things can go wrong, too many small mishaps, too many potential security issues. Compare the experience of sending crypto to that of sending money through Venmo - I frequently send hundreds of dollars without a second thought. Is it as simple as having a friendly username on the other side of the transaction? I’ll admit my cell phone hot wallet is a very-old Mycellium, which doesn’t really engender trust.

Metamask is a great program, and has done a tremendous amount to simplify Dapps, but frequently you run into small issues on websites, development rust that creeps into these complex integrations and means things just don’t quite work right. Usually I can figure it out, but not always. I wanted to experiment with MakerDAO, so I setup a vault, sent over some ETH, got a loan, then went to pay it back and withdraw my ETH. I couldn’t make loan payment / withdrawal, and I have absolutely no idea why. Might have been some sort of time lock to prevent that thrash on their contracts, but there was no clear documentation, and not even an error message (the UI simply showed a minuscule amount of coin available for withdrawal).

By themselves, I suppose any one of these issues isn’t that bad, but put together and constantly barraging you, this is a major hurdle to true adoption of digital assets (not just at enterprises, but across the board).

One interesting thing to note - while usability issues can be brutal, but they are not always fatal in enterprise use cases. If you’ve ever used Concur for expenses, you may know what I mean - it is perhaps the most user hostile tool in the world, and is happily used by thousands of companies. So, I don’t think you can fully explain enterprise adoption issues through usability, there has to be more fundamental problems.

Developing for digital assets is really, really hard. We do it every single day, and it is a brutal slog. Recently, an exchange that we integrate with decided to just straight up change their system IDs. If you do API design, you know this is quite literally the single worst thing you can do - it instantly and silently breaks all of your downstream partners.

I’ll chalk that up to a young company in an immature space, but this kind of thing is rampant. In order to enumerate bitcoin transactions for a given address, you need to build or buy a completely separate solution, and can’t simply rely on the core node. There are good technical reasons for this, but it still means developing for bitcoin is just that much harder.

Solidity is an interesting language, but it can be hard to pickup, has subtle limitations, and once you write a contract, you still have the fundamental challenge of actually maintaining it and integrating with it from code. That integration is not just complex, but also fraught with security risks.

When new blockchains are released, even developer centric chains, often the last thought of the developing team is API usability. So many blockchains come out with no easy way to get a list of transactions for an address, and even fewer have a notion of paginating that list. Pagination is one of the simplest concepts in computer science and is absolutely critical for building modern services, and most blockchain APIs just completely ignore it, leading to missing data.

Let’s not even talk about floating point numbers and the challenges of 18 decimal places.

The Finding the Problem, Problem

One of my dad’s favorite phrases was to look at something and say, that’s a solution searching for a problem. So much of the digital asset, and blockchain, space in general is a solution searching for problems. When I see AI, blockchain, and XYZ in a sentence I can’t help but roll my eyes. Honestly, raising money can be a lot easier than breakthrough innovation, so this isn’t necessarily unexpected, but it is still a drag on the industry. You almost worry that digital assets will exist perpetually in the trough of disillusionment.

Let’s take an example - Golem is a pretty cool project, and the first time I saw it I got excited about it. When I worked at Microsoft, I worked with a partner called DigiPede that was working on, what was then called, grid computing. The idea was businesses had hundreds of workstations sitting idle, at night you could deploy some code and leverage those machines for ML / AI / Data Processing, whatever. I’m not actually sure what happened to them, but it points out an interesting problem for Golem - the technical issue of getting access to compute resources has been solved a number of times, but we’ve never really seen a grid computing style platform explode. Was the fundamental issue 5 years ago that there didn’t exist a good way of distributedly monetizing your computer’s work? I don’t think so, a central payment distributor would be as easy to use as a distributed, crypto based solution. Usability is certainly a problem, but that hasn’t really been Golem’s focus. So, they took an old concept (grid or task distributed computing), added a layer for distributed payments, and are expecting different results. Maybe it will take off someday, but it’s hard for me to imagine that using a blockchain here isn’t just a fad - Google and AWS managed billions of computing tasks a day with centralized, credit card based billing, what’s the real value in this being different?

Let’s say with Golem the value is the un-censorable, open access nature. That’s certainly a compelling argument, but what’s the market size for that? Can you build a billion dollar eco system around people doing work too controversial for GCP and AWS? That’s the type of problem / question that plagues this industry, and you could ask the same question about ENS. Very cool technology, but we’ve built an entire worldwide network using traditional DNS, is the added benefit of decentralization and censorship resistance really worth it?

Finding the true problems worth solving - like how do you bank 2 billion people who maybe only have a Nokia cell phone, is a challenge our industry needs to address head on.

The last issue I'll point out is the digital asset space is plagued by scams. Because of the nature of cryptocurrencies, this industry has attracted con-artists with such intensity, you can’t watch a YouTube crypto video without getting an ad claiming Vitalik is just giving away ETH- spoiler alert, he’s not. I think any new financial services industry goes through this period, both a maturing of the consumers in the space to spot scams, and tooling to better deal with scams, but we’re at a wave intersection of both the trough of disillusionment and scammers, and it shows.

It’s not just scammers though - how many articles have you seen talking purely about the price of this or that digital asset? The speculation phase is not really a normal part of the technology lifecycle, but it’s one cryptocurrencies just can’t seem to shake. It’s hard to tell if it’s just the echo chamber, or we really have a problem prioritizing technology over pricing discussions.

Problems are easy to point out, solutions are much harder. I’ll be exploring different solutions to these problems over the next few posts.
‍

This article was originally posted at https://codesnap.co/posts/enterprise-crypto-1/

IBM and Microsoft are two notable exceptions, but even they are more dipping their toes in digital assets rather than diving in head first. Why is that?